Genotoxicity studies can be defined as various in vitro and in vivo tests designed to identify any substance or compounds which may induce damage to genetic material either directly or indirectly by various mechanisms. These tests should enable the identification of hazard with respect to DNA damage and fixation. Genetic change plays only a part in the complex process of heritable effects and malignancy which include the fixation of the damage to the DNA by gene mutation or large scale chromosomal damage or recombination or numerical chromosomal changes. These tests play an important role in predicting if the compound has the potential to cause genotoxicity and carcinogenicity by testing them positive

There are many in vitro genotoxicity testing methods available. Some of the commonly used tests are:

in vitro genotoxicity testing, Bacterial reverse mutation test which is otherwise called an Ames test whose endpoint is the gene mutations in the bacterial cell. 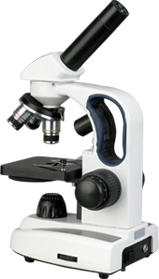 The Ames test is a fast, easy, inexpensive and sensitive assay to test the ability of a chemical compound or drugs to induce mutations in DNA. It is based on the assumption that any substance that is mutagenic for the bacteria used in his test may also turn out to be a carcinogen and can cause cancer.

The test uses histidine-dependent strains of S. Typhimurium (TA98, TA100, TA1535 and TA1537) that carries a defective (mutant) gene making it unable to synthesize the amino acid histidine (His) from the ingredients in its culture medium. And However, some types of mutations (including this one) can be reversed, a back mutation, with the gene regaining its function.

These revertants are able to grow on a medium lacking histidine. The Escherichia coli WP2 tryptophan reverse mutation assay detects top(-) to top(+) reversion at a site blocking a step in the biosynthesis of tryptophan. Frameshift and base-pair substitution defects are represented to identify mutagens of both types.

The in vitro chromosome aberration test is designed to identify agents, chemical compounds or drugs that cause a destructive effect on a cell's genetic material (DNA, RNA) affecting its integrity in cultured mammalian cells. A variety of cell lines (e.g. Chinese Hamster Ovary (CHO), Chinese Hamster lung V79, Chinese Hamster Lung (CHL)/IU, TK6) or primary cell cultures, including human or other mammalian peripheral blood lymphocytes, can be used. Structural aberrations may be of two types, chromosome or chromatid of which later one is more common. Chromosome mutations and related events are the cause of many human genetic diseases and are involved in cancer induction in human and experimental animals. Evaluation of genotoxicity and mutagenicity evaluations are important and early steps in the safety assessment of chemicals / novel compounds for industrial development and regulatory purposes as per the ICH S2B guidance for a small molecule.