The Conundrums of IV to Oral Switch 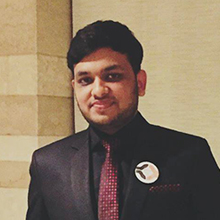 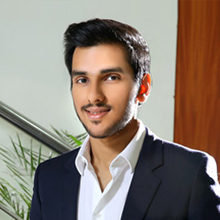 Antimicrobial resistance (AMR) has emerged as one of the principal public health problems of the 21st century that threatens the effective prevention and treatment of an ever-increasing range of infections caused by bacteria, parasites, viruses, and fungi which are no longer susceptible to the common antimicrobials used to treat them. Antibiotic resistance, in particular, is of major concern. “Global crisis”, “return to medical dark ages”, “antibiotic apocalypse” are some of the phrases being used by prominent scientists, physicians, and world leaders to emphasize the catastrophic impact that antibiotic resistance will have on human health and the global economy. In 2014, Lord Jim O’Neill published a review commissioned by the United Kingdom government, entitled “Antimicrobial Resistance: Tackling a crisis for the health and wealth of nations” (the AMR Review) [1]. The review estimated that if left unchecked, by 2050, AMR could result in over 10 million deaths annually and over $100 trillion of lost global output! To put this into perspective, this damage would be similar to, and likely worse than that caused by the great economic and financial recessions of modern history [2].

"We now know that unless addressed swiftly and seriously and on a sustained basis—the growing global problem of antibiotic resistance will be disastrous for human and animal health, food production, and global economies."

- Margaret Chan, Ex-Director General of the WHO

AMR unequivocally impacts all healthcare facilities and patients and healthcare providers deal with it on a daily basis in the form of Hospital Acquired Infections (HAIs). An HAI also referred to as “nosocomial” infection, is an infection occurring in a patient during the process of care in a health-care facility that was not present or incubating at the time of admission. Usually, an infection is considered an HAI if it first appears 48 hours post hospital admission, within 3 days of discharge or within 30 days of operation [22]. The most common HAIs include pneumonia, surgical site infections, Clostridium difficile infection, bloodstream infections, catheter-associated urinary tract infections, etc.

The intensive and prolonged use of antibiotics in the hospitals are among the main contributors to the emergence and spread of highly antibiotic-resistant hospital-acquired infections, however, other factors like presence of highly susceptible immunosuppressed patients and fragile elderly patients, lack of proper hygiene, invasive surgical procedures and intensity of clinical therapy, length of stay in hospital, failure to control spread of infections from patient to patient, etc. play an important role [3].

As can be expected, the situation is worse in developing countries as additional factors such as poor hygiene and sanitation, lack of basic equipment, inadequate infrastructure, overcrowding, and pervasive malnutrition and disease proliferate the risk of infection. Resultantly, the incidence of infection in developing countries is expected to be at least twice as that of the US. Faced with this reality, the need for action to turn the tide on this emerging global crisis in healthcare is of vital importance. Antibiotics are an essential pillar of modern medicine and have protected humanity for 75 years against bacterial pathogens but today we once again find ourselves vulnerable and left to the mercy of resistant bacteria.

One effective way is a conversion from intravenous (IV) to oral (PO) therapy. This conversion will lead to early discharge of inpatients and avoid the need for hospitalization of outpatients with less severe infections, thereby reducing the exposure of nosocomial pathogens and the risk of complications. Three types of IV to PO conversion therapies have been proposed in the literature, namely [6]:

SEQUENTIAL THERAPY: It refers to the act of replacing a parenteral version of medication with an oral counterpart of the same compound. For instance, Conversion of inj. ciprofloxacin 200 mg q12h to tab. ciprofloxacin 500 mg q12h

SWITCH THERAPY : It describes the conversion of an IV medication to a PO equivalent; within the same class and has the same level of potency but of a different compound. For example, switch over from inj. ceftriaxone 1 g BD to tab. cefixime 200 mg BD.

STEP-DOWN THERAPY : It refers to the conversion from an injectable medication to an oral agent in another class or to a different medication within the same class where the frequency, dose, and the spectrum of activity (in the case of antibiotics) may not be exactly the same. For example, conversion of inj. cefotaxime 1 g to tab. ciprofloxacin 500 mg

The ideal route of administration of any medication is the one that achieves serum concentrations sufficient to produce the desired therapeutic effect [6]. The major difference between IV and oral therapy is bioavailability and the onset of action. Bioavailability is a measure of the amount of an administered dose that reaches the bloodstream. While all IV medications have a bioavailability of 100%, this is not the case with oral medications and only a few antimicrobial drugs have a high oral bioavailability. These include Ciprofloxacin, Doxycycline, Levofloxacin, Linezolid, Metronidazole, Minocycline, Ampicillin, Azithromycin, co-amoxiclav, TMP + SMX, etc.. Nonetheless, these constitute less than 10% of the total IV antibiotic arsenal. The reason being, a large number of antibiotics fall under BCS (Biopharmaceutics Classification System) class III/IV and are characterized by low permeability and/or solubility when given orally. These drugs exhibit zero or poor oral bioavailability and thus are mainly administered intravenously.

The current standard-of-care drugs to treat serious infections caused by gram-negative bacteria include beta-lactams (BLs), like Meropenem, Imipenem, Doripenem, or BL- beta-lactamase inhibitor (BLI) combinations, like Piperacillin-Tazobactam, CeftolozaneTazobactam, Meropenem-Vaborbactam, Ceftazidime-Avibactam, etc. [7-11], that contain one or more components with a poor oral bioavailability. This is the main reason that precludes the effective conversion from IV to Oral in clinical settings as most of the available oral antibiotics, especially ones used to treat gram-negative bacteria, have limited or no activity against the MDR pathogens that are increasingly found in the hospital flora.

To enable effective conversion, oral antibiotics must achieve serum concentrations comparable to that of its IV counterpart. Generally, due to the lack of effective oral options for sequential and/or switch-over therapy conversion for treating life-threatening infections, clinicians are left with the less efficacious step-down therapy to a lower grade antibiotic increasing the likelihood of treatment failure or relapse. As a result, clinicians tend to opt for IV medications at the time of admission and continue them till patient discharge, leading to a longer hospital admission duration and an increased chance of contracting an HAI.

Ideally, a sequential or switch therapy, if available, will aid in managing the menace of nosocomial pathogens. Conversion from IV to oral administration is one of the major recommendations made in the antimicrobial stewardship guidelines by the Infectious Diseases Society of America (IDSA) [15]. Other advantages from conversions of intravenous (IV) to oral therapy include - earlier discharge with increased comfort and easier mobilization of patients; shorter length of hospital stay and better use of hospital beds; reduction in both direct and indirect costs (Direct - medication, lodging and Indirect – diluents, equipment, needles); an associated reduction in workload without sacrificing patient safety; decrease in device associated infections; decreased risk of IV line associated complications like thrombophlebitis; saves medical and nursing time [6].

It is also worth adding that the clinical trial guidelines that are adopted for testing new antibiotics often require IV to Oral conversion [24]. However, due to poor bioavailability of the investigative compounds in recent trials like TANGO 1 and RECAPTURE [18-19], sponsors had to opt for a step-down therapy to a lower class of antibiotics. Not only does this lead to a decline in patient cure rates from End-of-IV therapy (EOIVT) to the end of treatment (EOT) (and subsequently to the test-of-care visit) as seen in the studies, it also confounds the true efficacy of the investigative compound. Furthermore, if there were an Oral version of these drugs, its efficacy could potentially be proven during the same development program, saving millions of dollars of additional development costs. The poor return-on-investment (ROI) associated with antibiotic drug development is a serious concern and has been driving more and more companies out of antibiotic drug development. We believe that if both the IV and Oral versions of a drug were to be developed concomitantly, not only will it significantly improve the ROI but will also aid in implementing antimicrobial stewardship that would benefit all stakeholders.